The Photography Blog has published the Canon EOS R3 review: “The new Canon EOS R3 is a compelling camera for action shooters, stills and video alike, which inherits the prestigious mantle of the 1D-X series and improves on it in many, often surprising ways… “. 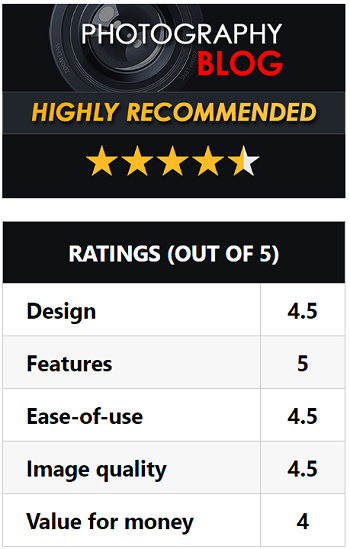 The new Canon EOS R3 combines the familiar blueprint of the 1D-X series with all the benefits of mirrorless to create a truly remarkable camera for professional sports and wildlife photographers and videographers alike.

Long revered as the pinnacle of Canon’s technological prowess, the EOS-1DX Mark III DSLR has now been surpassed by the EOS R3 as the company’s go-to camera for almost anything that moves quickly – people, animals, birds, vehicles – you name it and this camera can intuitively and almost instantly capture it with the absolute minimum of fuss.

Not only has the range of recognised subjects been expanded, but the way in which you can focus on them has been further improved with the addition of Eye Control AF, a feature that at first sounds like a gimmick but in practice soon becomes a seamless part of how you use the camera.

Other key advantages that the EOS R3 has over its DSLR sibling are the incredible hybrid image stabilisation worth up to 8-stops, superlative low-light AF sensitivity that stretches all the way down to -7.5EV, and the even faster headline-grabbing 30fps burst shooting, coupled with a completely silent electronic shutter.

This is all housed in a smaller, lighter yet still equally weather-proof and durable body that’s easier to use for extended periods of time.

There’s an awful lot to like about the EOS 3 and very little to grumble about. Sure, the integrated grip design certainly isn’t for everyone – at just over 1kg in weight it remains a camera for the professional rather than enthusiast, although we bet that many of the latter would enjoy using the R3, particularly if they routinely fit a battery grip to their current camera.

Some users will prefer a camera with more megapixels than the 24 offered by this camera, but Canon already have the 45 megapixel R5 model that’s already proved incredibly popular, especially as it also ups the ante on the video side of things with 8K recording.

The decision to specify mixed media memory card slots is a little mystifying on such an expensive, all action device – we’d have preferred the R3 to follow the EOS-1DX Mark III’s lead by using 2x CFexpress cards instead of the secondary UHS-II SD card slot.

Battery life is also greatly reduced when comparing these two flagship models, but that’s more a limitation of mirrorless versus DSLR rather than a direct criticism of the R3 itself.

The Sony A1 and the Nikon Z9 are the only other full-frame cameras that can shoot at 30fps, but the former is limited to shooting lossless compressed and the latter can only shoot JPEGs, leaving the R3 as the only model able to achieve 30fps with no limitations on the file format. On the other hand, the Alpha A1 and Z9 both offer a lot more resolution (50 and 45 megapixels respectively) than the EOS R3, and both can record 8K video too.

Eagle-eyed readers will surely have noticed by this point of our review that Canon’s new sports camera doesn’t actually inherit the 1-series moniker – that has seemingly been reserved by the upcoming EOS R1, which will presumably be a higher-resolution rival to the Z9 and Alpha 1.

Still, at the end of the day, it’s not all about specs, despite the often forensic internet focus on them. The new Canon EOS R3 is a compelling camera for action shooters, stills and video alike, which inherits the prestigious mantle of the 1D-X series and improves on it in many, often surprising ways…