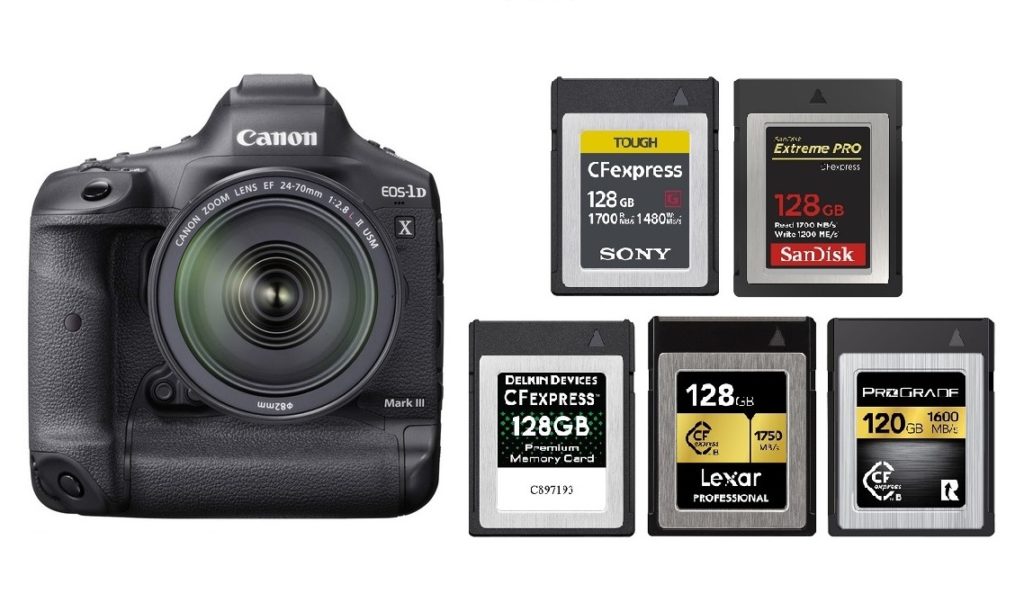 Built for speed, sensitivity, and precision, the Canon EOS-1D X Mark III (Amazon, B&H, Adorama) is a powerful DSLR camera designed for sports, wildlife, and other trying and dynamic imaging applications. Designed as the flagship of the EOS system, the Canon 1D X Mark III is characterized by its refined processing capabilities and distinct speed to suit both photo and video applications. Featuring a newly designed 20.1MP full-frame CMOS sensor and updated DIGIC X image processor, the Canon EOS-1D X Mark III is capable of continuous shooting rates up to 16 fps with the optical viewfinder or 20 fps in live view, with a 1000-shot buffer when shooting raw+JPEG, and it has the ability to record uncropped DCI 4K video internally at up to 60 fps with 10-bit, 4:2:2 color, as well as Full HD at 120 fps and raw 5.5K (5472 x 2886) at 60 fps. Additionally, when working in live view, Dual Pixel CMOS AF uses 3869 manually selectable points and provides a smooth, natural focusing quality akin to the way a camcorder acquires focus.

First off… What kind of memory card do you need?

Why Do You Need a High-Speed Memory Card?

Not every memory card will work well with your Canon 1D X Mark III DSLR camera. If the card is too slow, you may have to wait longer for the buffer to clear or end up with recording errors and loose all your footage. So, buying a fast card is always worth it:

Reminder: if you plan to shoot videos, stick to 64GB (or larger) memory cards for the best video codex.

If you just want to cut to the chase, here are our top 5 recommended CFexpress cards for Canon 1D X Mark III camera:

Any of these make for a good choice. If you’d like more detailed recommendations, you can find them below. 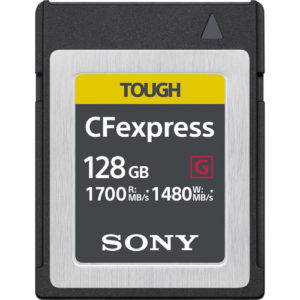 Highly recommended! Offering fast read speeds up to 1700 MB/s along with write speeds up to 1480 MB/s, the Sony TOUGH CFexpress Type B Memory Card is one of fastest memory cards around, and it is ideal for recording a variety of video resolutions, bit-rates, and compressions, as well as uncompressed continuous RAW shooting of fast-moving action such as motorsports and wildlife. Beyond its speed, this TOUGH memory card also has a reinforced physical design to withstand falls from up to 15′ and has been rigidity tested to 70 N of force. It’s also resistant to extreme temperatures, X-rays, electrostatic, and UV lighting. Extremely fast and reliable for professionals who require the highest performance in the most extreme conditions. This new generation CFexpress memory card protects recordings and boosts workflow for photographers, videographers and enthusiasts.

Highly recommended! Designed to deliver speeds necessary for working with smooth, raw 4K video captures, the SanDisk Extreme PRO CFexpress Type B Memory Card provides read speeds of up to 1700 MB/s and write speeds of up to 1200 MB/s, which enables low latency during high-speed recording and an enhanced workflow efficiency. These cards also come with a RescuePRO Deluxe data recovery software download offer to give you a more convenient way of retrieving files that were accidentally deleted. 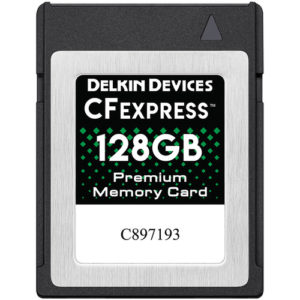 Built with strength, reliability, and performance, the Delkin Devices CFexpress Memory Card provides read speeds of up to 1700 MB/s and write speeds of up to 1400 MB/s, making it suitable for professional photographers and videographers. Designed to excel in high-end cinematic hosts, this card can capture 5.9K, DCI 4K, and Full HD video at standard and high frame rates of up to 180 fps, plus continuous shooting raw bursts of up to 200 still images. 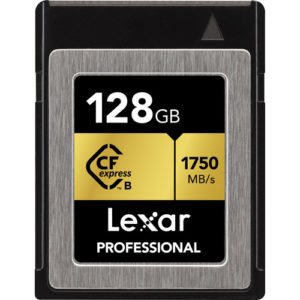 Designed to leverage the capabilities of next-generation cameras, this Lexar Professional CFexpress Type-B memory card utilizes the PCI Express 3.0 and NVMe protocols to provide high-speed performance, durability, and reliability. This card delivers read speeds of up to 1750 MB/s and write speeds of up to 1000 MB/s, both of which help to improve transfer speeds between the card and your computer, as well as accelerate your workflow. 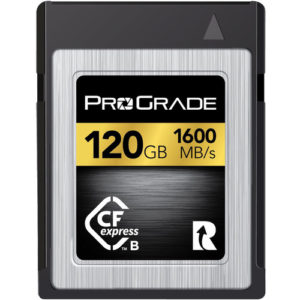 Available in capacities from 120GB to 1TB, the ProGrade Digital CFexpress Gold Memory Cards provide read speeds up to 1600MB/s – ideal for quickly off-loading high volumes of video or RAW photos and minimum sustained write speeds up to 1,000MB/s – ideal for uninterrupted, cinematic capture of RAW 4K or 6K video. This card is resistant to temperature extremes, shock, vibration, and X-rays, and is also backward compatible with select XQD cameras that adopt firmware to enable CFexpress.