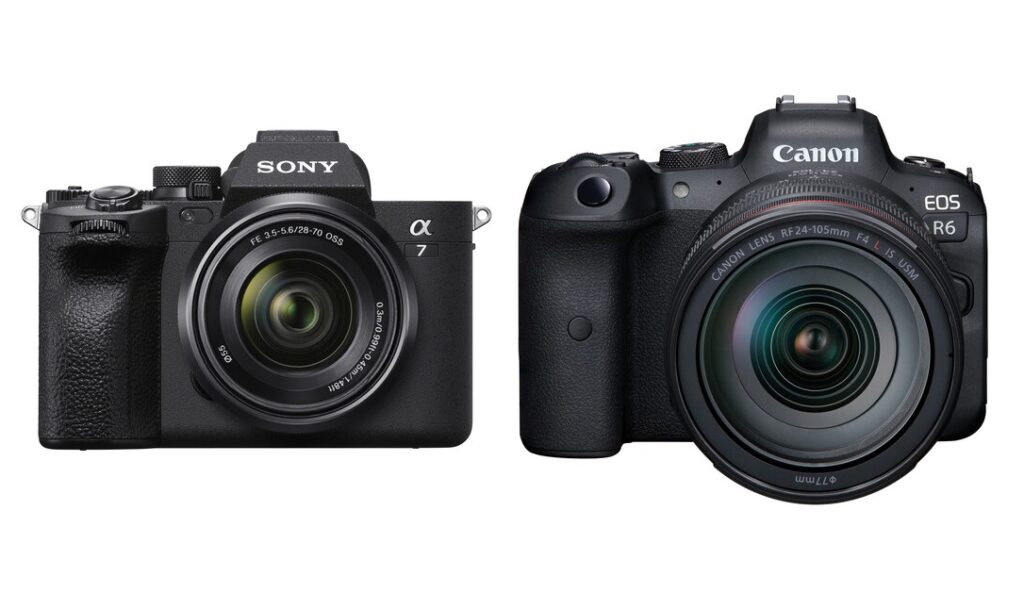 The Sony a7 IV will compete directly with the Canon EOS R6, but which is the better camera? Many of the cameras these days are very good, so judging comprehensively, it’s hard to say which one is the winner. Therefore, DPReview takes a closer look at the two models and provide information to determine which is the better for you.

The Sony a7 IV is the company’s first enthusiast model to be launched since Canon, Nikon and Panasonic joined the full-frame mirrorless melee. Looking through, detail by detail, it appears to do enough to pull Sony back ahead of what has been our favorite camera in the the sub-$2500 part of the market. There are no knockout punches landed against a camera as good as the R6, but the a7 IV keeps landing the blows: higher resolution, slightly longer battery life, fewer restrictions and more support tools in video.

The judges’ decision has to go the way of the Sony, then, with the scoring reflecting the much wider availability of lenses for the E-mount. But even then, there’s the risk of a split decision.

And even after that, the viewers at home, particularly ones with an existing collection of EF-mount lenses may well dispute this result. The a7 IV walks away with the title belt, but the R6 is likely to be recognized as a worthy fighter by many in the audience.

According to DPReview, the Sony a7 IV is likely to be more attractive to those who want the details of a high-pixel sensor in landscapes, etc., but for continuous shooting, the high-speed continuous shooting of the electronic shutter is only available on the Canon R6, and these two models are in the same class.

Both the Sony a7 IV and the Canon EOS R6 are now selling like hot cakes, order now if you are interested.