The Photography Blog has published the Canon EOS R10 review: “ the new EOS R10 successfully continues the compact design ethos and bang for buck mass-market strategy of the EOS Rebel range, and offers enough features, performance and quality to be just as successful…“. 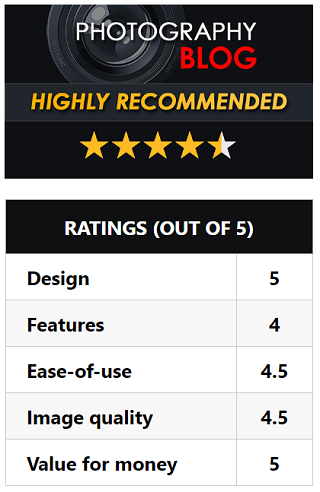 Whilst the more expensive and more capable R7 model may have garnered most of the attention when it was launched, the smaller, lighter and cheaper Canon EOS R10 is just as appealing in its own way, marking a welcome return to form for Canon in the competitive sub-£$1000 camera market.

The R10 may notably lack the in-built image stabilisation, weather-sealing, uncropped 4K/60p movie mode, dual card slots and larger viewfinder offered by the R7, but on the other hand it still offers impressive burst shooting rates and a remarkable auto-focus system from much higher up the Canon food chain that mark the R7 out against its direct competitors.

Thankfully the R10 has a rather more conventional user interface than its more expensive sibling, eschewing the R7’s rather quirky combined AF point selector in favour of dual front and rear command dials and a separate AF joystick, which ultimately make it easier to use.

It’s also considerably smaller and lighter than the R7 whilst still offering a chunky hand-grip and a logical selection of nicely sized controls, resulting in a very small camera that you can carry around all day without noticing.

Our main bugbear is not with the R10 and R7 cameras themselves, but rather the lens support, or lack of it. OK, so the EOS RF-S mount is still very much in its infancy, but it would have been nice to see Canon offering something more interesting than two slow zoom lenses from day one, even if they are very affordable.

You can use Canon’s adapter to mount their vast range of full-frame EF DSLR and RF mirrorless lenses on the R10, but that perhaps rather negates the point of buying a smaller sensor, physically smaller and financially smaller camera.

The R10’s main rival is the similarly priced Fujifilm X-S10, which does offer IBIS and a much, much larger selection of lenses, but can’t match the R7’s sheer speed and auto-focus performance.

If you’re finally upgrading from one of Canon’s DSLRs like the EOS 850D/Rebel T8i or 77D or an EOS-M mirrorless model, you’ll be happily blown away by all of the the advances that Canon have made in the intervening years.

Overall, the new EOS R10 successfully continues the compact design ethos and bang for buck mass-market strategy of the EOS Rebel range, and offers enough features, performance and quality to be just as successful…